The sun shone with its bright and mesmerizing light onto the city of New York. Swedish Johanna and her best friend Lena sat on a white and black checked blanket in Central Park. The friends were on a vacation to America all by themselves for the first time in their lives. Johanna and Lena were Swedes who both lived in the capital, Stockholm, but they had never left their home-country before. They had bought the plane tickets to New York by an impulse and went to "The Big Apple" with nothing but a bag filled with clothes, Johanna's golden credit-card and their minds full of dreams and expectations. The Scandinavian girls had both just turned 20 years old and had taken a break from their education to have some fun in the country where dreams came true.

Johanna was the perfect model of a typical Swedish girl with her long and straight blond hair and big ocean blue eyes which were framed in by thick and dark eyelashes. Her mouth had a natural slight turn upwards which made her look very friendly and approachable and Johanna's lips were big and plump. Johanna was tall and thin with a pair of medium-sized breasts that were both perky and firm. She also had a round ass and a nicely trimmed stomach. A few charming freckles were spread evenly across her small nose. Her mother, Cecilia Stenrot, was known in Sweden for hosting numerous tv-shows and could be seen partying at any celebrity party, and her father, Lucas Stenrot, earned a lot of money by designing websites for big names and brands all around the globe. The small family lived together in an exclusive house, with a huge garden with fountains and oaks who looked like they were taken right from a fairytale, in the middle of Stockholm by the royal castle. Johanna got spoiled rotten by her wealthy parents. Since the day she came screaming and covered in blood into this world Johanna had got everything she pointed at that money could buy her. She was always carrying a designer-bag and wore the latest and most fashionable outfits. School was easy for her since everyone licked her ass because of the amounts of money that she got. It was easy to hate Johanna without even getting to know her because of her good looks and luxurious lifestyle.
Johanna decided to only be friends with those who were different and didn't judge her by appearance or money. That's why Johanna first decided to speak with Lena when they were fifteen.

Lena was a medium-height girl with raven colored hair on one side of her head and the rest of the head was completely shaved. But she changed hairstyles as often as regular people changes their underwear. Lena had a pair of grey eyes who always had a tint of sadness in them, and a small and narrow mouth that looked a bit silly compared to her over sized cheeks. Her body was more of a chubby kind with her large arms and legs and a wobbling belly. A pair of flabby and rather big breasts hung sadly from her chest and Lena didn't bother to try to get a good posture. If you just saw Lena wandering around in your town you wouldn't think that she was anything special at all. But she was indeed special. Lena's arms were heavily scarred from cutting wounds from the wrists all the way up to the shoulders. It was self inflicted wounds of angst and anger. The scars were desperate cries of helplessness that Lena chose to cover underneath layers of sweaters. She didn't want people to see her personal pain or judge her to be the 'fat girl who wants attention.'
The reason why Lena felt like she had to destroy herself were many. She grew up only with her alcoholic mother, Felicia Berg, as Lena was the result of a broken condom from a one night stand. Her mother made sure that she knew how unwanted she was every day by throwing empty liquor-bottles towards her and marking her with burning cigarettes. As Lena got older the abuse got worse. When Lena had just turned fourteen, Felicia decided that she would teach her good-for-nothing daughter how it felt like to become a woman. One day when Lena got home from another day of being bullied in school there was a man standing in the hallway besides Felicia. It was a man that was going to take her virginity, splayed out like a rug on the living-room floor, while Felicia sat on the couch and sipped at her wine and occasionally told her sexually abused daughter to be quiet.
The first real light in the tunnel that Lena could see was the day when she and Johanna became friends. Johanna was Lena's hero without even knowing it herself. Lena envied Johanna's careless lifestyle and loving family, but was still just ecstatic to be able to be a small part of it sometimes. The tormented girl soon fell deeply in love with her hero and savior, but kept every feeling and memory for herself.

"For how long will we be staying here?" Lena asked the sunbathing Johanna who were lying splayed out on the blanket with her white top pulled up to reveal her perfectly flat stomach to the burning sun. She turned her head towards the raven-haired girl and open and closed her mouth like a goldfish without letting a single sound pass her lips. Lena could see her own reflection in the dark glass of Johanna's sunglasses as Lena looked at her and pulled her knees up to her chest and hugged them tightly to comfort herself.
"We're going to stay here until we get what we want." Johanna finally answered thoughtfully and smiled to herself as she enjoyed what she just had said. There were a few shirtless boys on the other side of a pound in the park who had attracted Johanna's attention. She could see that one of them had nice chestnut-brown hair if she squinted really hard. He looked very welcoming, and sexy. Johanna's lower regions woke up from its lethargy with a tingly feeling. Lena saw what Johanna had in sight and frowned with furrowed eyebrows.
"What is it exactly that we want?" Lena asked grumpily as she didn't like that the unfamiliar boys got her crush's full attention. Johanna tore her gaze off of the boys and sighed as she took her sunglasses off and bored her eyes into Lena's.
"We've been talking about this a hundred times. We're going to be famous." Johanna grunted and massaged her neck with one hand as it had gotten very stiff from sleeping a night in a cheap hotel-bed. Lena rolled her eyes dramatically as she didn't have the energy to argue with the fame-seeking blonde next to her.

"Come on, lets go." Johanna said cheerily and rose to her feet quickly. Lena stared dumbfounded at Johanna with a confused look on her face.
"Go? Where?" Lena asked and watched her friend starting to skip over to the pound.
"To the smokin' guys on the other side of the pound. Come on now!" Johanna squealed and waved Lena towards her. With a sigh the raven-haired girl gave in to her crush and followed her over to the guys side of the pound. They immediately gathered around Lena and Johanna and started checking the blonde out. There were three of the guys, two blonde and one brunette. The one with brown hair was the one who Johanna wanted, and the other two blonde boys weren't as handsome. The brunette looked like something from a Hollywood-movie with his nice haircut and enchanting eyes. He put his hand on his stubbled cheek as he fixated his gaze onto Johanna's swelling chest.
"Hello girls." One of the blondes said and stuck his hand out towards Johanna who shook it politely and smiled widely to show off her perfectly whitened teeth. The blue-eyed swedish girl felt very welcomed by the boys and laughed chinkly by the pure happiness that ran through her veins.
"Would you like to swim in the pound with us? We aren't dangerous." The brunette man asked and winked flirty towards the blonde female who he had an interest in.
"Sure. But I want to know your names first." Johanna answered and smirked as she pulled her top over her head and threw it to the ground. She had been wearing her small triangle-bikini underneath her top and shorts. The men's jaws dropped as they couldn't tear their eyes off of the swede's body.
"I'm Chuck." The brunette man stuttered and pointed at himself. "And that's Jeffa and Jason." He then continued and pointed at the two blondes who waved swiftly as Chuck said their names. Johanna smiled warmly and started pulling Lena's arm in an attempt to drag her over to the water. The shorter girl refused to move and tightened her lips to a small line. Johanna waved for the boys to start playing in the water without her before she turned her friend and forced the sad girl to look into her blue and annoyed eyes.

"What now?" Johanna hissed warningly to her friend. It wasn't the first time that Lena had just suddenly refused to do something fun. Lena herself felt very selfconsious and forgotten as no one of the boys paid any kind of attention towards her. And Lena didn't feel like undressing in public. The people would only judge her by her layers of fat and the scar-tissue on her arms. The raven-haired girl usually went swimming with a long-sleeved shirt and a pair of shorts on.
"I don't feel like swimming. But go on, have fun. Don't let me take it away from you." Lena said and looked down on her shuffling feet as she felt Johanna's arm around her body as she got hugged by the taller girl.
"Thank you." Johanna whispered into Lena's ear before she turned around to run into the water to the waiting boys. Jealousy ate Lena from the inside as she watched Johanna's ass bob when she moved. With a sigh the scarred girl sat down on the emerald-green grass and started picking up blade by blade from their roots. She couldn't watch Johanna as the boys took turns at throwing her around to be able to touch her. Lena swallowed her tears and pretended like everything was fine.

Johanna had a blast hanging out with Chuck, Jeffa and Jason. The youthful group splashed water onto each other, ran around like crazy and bonded. The drops of water glimmered and reflected the sun as Chuck let his hand collide with the disturbed water-surface and sent a handful of the liquid in Johanna's direction. She squealed like a small girl and tried to protect herself from the drops of life.
"Me and Jeffa are going to get the grill ready." Jason stated and took the other blonde with him up on land again. Chuck smiled warmly and pulled Johanna into a big and wet hug. The time had just flown by in a rush and it was almost seven O'clock in the evening. Lena had just sat flat on her ass for hours and watched her friend's childish water games from a distance with a lump in her throat.
Johanna struggled to get out of Chuck's tight grip as she laughed merrily. Chuck grabbed her hands and leaned in towards the beautiful swede. His deep and sexy brown eyes pierced Johanna's soul and she gasped.
"Peace?" The brunette man murmured. Johanna shook her head and giggled. Chuck arched one of his dark eyebrows in surprise and smirked viciously. His hands travelled down Johanna's body and rested on her ass.
"I like war. They are so rough and raw." Johanna admitted and put her arms around Chuck's neck to pull him into a kiss. 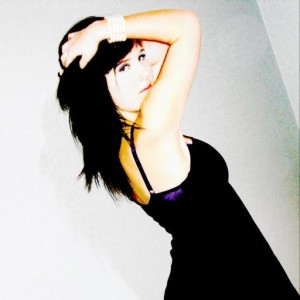