Once upon a time, there were two feathers. A black feather from a white dove, and a white feather from a raven.
These feathers became two human boys. One with hair dark as a starless night sky, and the other’s light as sunshine.
The feathers grew up as brothers, and loved each other deeply. They were irreplaceable to one another.
But when they reached eleven years of age, a horrible incident occurred.
As they played, the white one fell, and scraped his leg. The black feather rushed forward to help his brother, but the blood wouldn’t stop flowing. In panic, the black one did the only thing he could think of. He licked the wound in an attempt to stop the bleeding.
The white one smiled, and pushed the black feather away. He grinned at his brother, and said;
- I don’t need you anymore, now.
A pair of white wings grew out on his back, and he flew away.
The black one cried. He tried to stop, but he couldn’t. ‘Cause he knew, that the next time he would meet his beloved brother, he would be forced to fight him, and that knowledge broke his heart.
The white one flew high into the sky, and the black followed him with his eyes, until he couldn’t see the white wings anymore.
He pitied his brother, because he knew that it wasn’t his brother that’d done all this. It was the feathers soul, the dark part of the white, that’d taken over the body of the white one.
And so, the black one started training his body and mind, to be prepared when the time that he would meet the white came.
The year that he became seventeen, that time came.
The black one was out, chopping some firewood, as he saw a big bird approaching. But it wasn’t a bird.
The white one flew against him, and the black one went into his small cabin to get his sword. He could’ve shot the white with a bow and arrow, but he couldn’t force himself to do it. It felt wrong.
The white part of the black feather spoke to him in his head, as it’d done since the white feather left him. It gave him all its knowledge, and the black one held his sword high.
- Come, brother, he shouted to the white one, and stood in a defense stance.
The white didn’t answer in any other way than attack.
He tore the black ones face, and the black one returned the pain. After a few seconds, the sword lay on the ground, forgotten by the two fighters.
The white one was strong, but the black fought with a desperation and knowledge that the white just couldn’t match.
In the end, the white one lay in a puddle of blood. The blonde hair had lost its luster, and the black feather stared with fascination on the dark blood. It was so much darker than his.
A moment, just before the white feather’s life ended, the one that the black knew as his brother regained consciousness.
- I’m sorry brother, he whispered, and the last spark of his life’s flame went out.
But in death his lips were bent in a gentle smile… 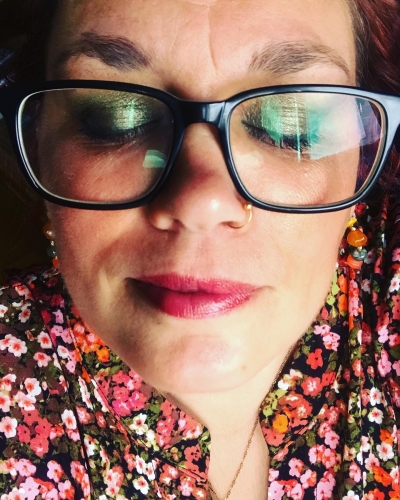