She couldn´t wait to have a baby


Elise shivered, not from the cold, the temperature was quite pleasant in the cozy train. She shivered from nervousness and fear. At the beginning of her long trip from France she’d been very excited.
She was on her way to a new life. No more working in other people’s homes as a maid. She was going to have her own home and a husband to love her. At least she hoped he would love her. She had planned the flowers she would plant outside her house and the lovely little vegetable garden she would plant. Hopefully she could also plant a small vineyard. She couldn’t wait to have a baby.

Elise’s parents were both dead. It had been difficult to say goodbye to her brother knowing she would probably never see him again. The long boat trip had been very difficult and exhausting. She had been sick for much of it and now her clothing hung loose on her. She felt so filthy from traveling without an opportunity for a bath. Her stomach growled with hunger, but she was out of money. Now instead of thinking about a happy future the reality of what she was doing hit her. She was going to marry a complete stranger and live in a strange place where she didn’t know anyone. A hundred “what ifs” went racing through her mind. She was especially worried about what their first night together would be like. She didn’t have a mother to tell her what to expect.

Again a shiver ran up and down her spine. Finally the train stopped and the conductor called out the name of her destination, Libby, Montana. The mountains surrounding the town were beautiful! Elise slowly rose stretching out and gathering up her coat and suitcase. Her legs shook with fear as she forced herself to walk down the aisle and out the exit to her future. Worst of all was the realization that she needed to go to the bathroom very soon. She stood nervously looking at all of the strangers wondering which one was her future husband. The tallest man approached her smiling.
- “Good morning maam. Are you Elise?”
She smiled a weak smile and nodded her head yes. Elise gazed up into the bluest eyes she’d ever seen. They were kind, gentle eyes fringed by very long lashes. She loved his dark curly hair and the dimples in his cheeks. His smile helped her to not feel as scared. He gave her a brief hug and told her he was so glad she’d made it all right. He was Jason Smith, the man she’d agreed to marry.
He explained that he would take her to her hotel room to freshen up, then they would eat some lunch and go to find the minister for their wedding. Elise was a little shocked. She didn’t realize their wedding would take place that soon. She sighed a big sigh. She would just do what she had to do. Jason took her suitcase in one hand and her hand in his other. As they walked to the motel Elise’s heart raced with excitement. It felt good to have her hand held in his big strong one. She felt so small next to him. She hoped he wouldn’t notice how hard she was breathing. She couldn’t help it. He had such a powerful affect on her.

Jason unlocked the door to the room they would be sharing that night. He left to go ask the maid to bring warm water for her bath. Soon Elise was slipping out of her filthy clothes and into the warm scented water. Elise had added a bit of her favorite perfume, Lillies of the Valley to the water. She lay back and let the water cover her head for a bit. She felt so relaxed and wished she could stay there forever. She couldn’t relax too long though. Jason would be returning to take her to their wedding soon. Elise carefully washed her long curly blond hair. It felt so good to wash the soot and sweat from her body. She had chosen her favorite red skirt and lacy white blouse to wear for this special occasion. She carefully put on her silk stockings. Then put on her mother’s pearl necklace and earrings. Finally she brushed her hair toweling it as dry as she could. She gathered it up into a bun leaving a few curly tendrils to frame her face. She’d just finished when Jason knocked on the door. When she opened it he was standing there with a big grin and the biggest bouquet of wildflowers she’d ever seen. She was so touched that he’d thought to pick them for her. Jason leaned over and gave her a very gentle kiss. Elises’ heart raced again. He gathered her in his arms then and whispered in her ear.
- “I cannot wait to make you truly mine.”
Elise was beginning to like the idea of being held in his arms that way every day. The wedding was very brief. Elise trembled throughout it. Her life would never be the same again and she wasn’t sure what to expect as she promised her life to this stranger. His kind eyes never left her face during the ceremony. He gazed into her eyes trying to assure her that he would take good care of her. When they were done he gathered her up in his arms and carried her all the way to the hotel, up the stairs and into their room. The whole time he was covered her lips, face and neck with sweet, gentle kisses. He carefully locked the door behind them and set her down in front of him. Then he slowly removed his shirt revealing bulging muscles and a hairy chest. Elise felt embarrassed and she was sure her cheeks were bright red. Jason gathered her in his arms and kissed her some more. She felt so cherished and safe. Her fears melted with his kisses. He slowly unbuttoned her blouse and gazed at her lilly white breasts bulging above her lace bra. He reached around and unhooked it and removed it. Elise blushed more as he stared longingly at her breasts. He removed the rest of his clothing. She had never seen a naked man before. She was shocked by how big his penis was. She hadn’t expected that. Again she trembled. He invited her to touch it. She timidly reached out and rubbed her hand along it. It was so warm and a little bumpy. Her stomach felt a bit queezy, but she hoped he wouldn’t notice. After removing her skirt Jason picked her up and carried her to the bed. He pulled back the covers and set her down. He kissed her and his hands gently caressed her legs as he carefully removed her stockings.
Then he lay beside her and gathered her into his arms. The bodies touched as he pulled her to him and kissed her deeply and tenderly. His hand very lightly caressed her breasts. Her heart raced and little shivers of delight ran through her body. Jason lowered his head to kiss her neck arousing feelings of desire in her. Then his mouth explored her body, kissing her breasts and sucking gently on her nipples. Then his kissed a path down, playfully licking her belly button and kissing the inside of each leg. Elise didn’t know what to do, so she just lay there letting him explore her.
He gently separated the lips of her vagina and lowered his face to kiss her there. She felt really embarrassed now.
- How could he stand to kiss her there?!
Soon, however, rivers of delight flooded her body. Jason softly murmured,
- “Relax and enjoy me Elise, just give yourself to me please.”
Then he lowered his face again. Elises breathing quickened and her heart thudded. She had never felt such joy and pleasure. She began to quiver with delight and desire. Jason raised his face and crawled up on the bed on top of her. He very slowly and carefully put his penis into her. That is what Elise was longing for, yet it hurt a little. He was so slow and gentle though. He slowly began to move in and out as he kissed her. Elise relaxed again and soon felt the quivers of delight again. They increased with each of his thrusts inside her until she couldn’t contain herself any longer. Spasms of sheer delight filled her and she was very surprised by the sounds she was making. She couldn’t help it though. Soon Jason was thrusting deep into her and groaning with delight. Each thrust filled her with delight.
The quivering gradually decreased and she was left feeling exhausted, but very satisfied. They were drenched in sweat and just lay there in each others arms listening to each others heart beats. So this was what bound a man to a woman. Elise decided that she was going to love marriage and Jason. She kissed his lips and quickly fell asleep.

Sunbeams streaming in the window woke Elise up in the morning. Her lips and Jasons were still touching. They were still in the exact position they’d been when she’d fallen asleep.
How sweet!
They’d kissed all night long in their sleep. She lay there not wanting to move at all. She wanted Jason to wake up and see how they’d slept for himself. She remembered their lovely time the night before. She thought about how Jason had filled her with his seed.
- She wondered if right at the moment God was planting that seed to make their first baby.
She sure hoped so. 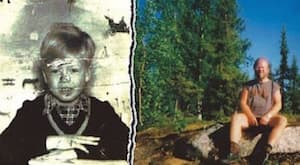